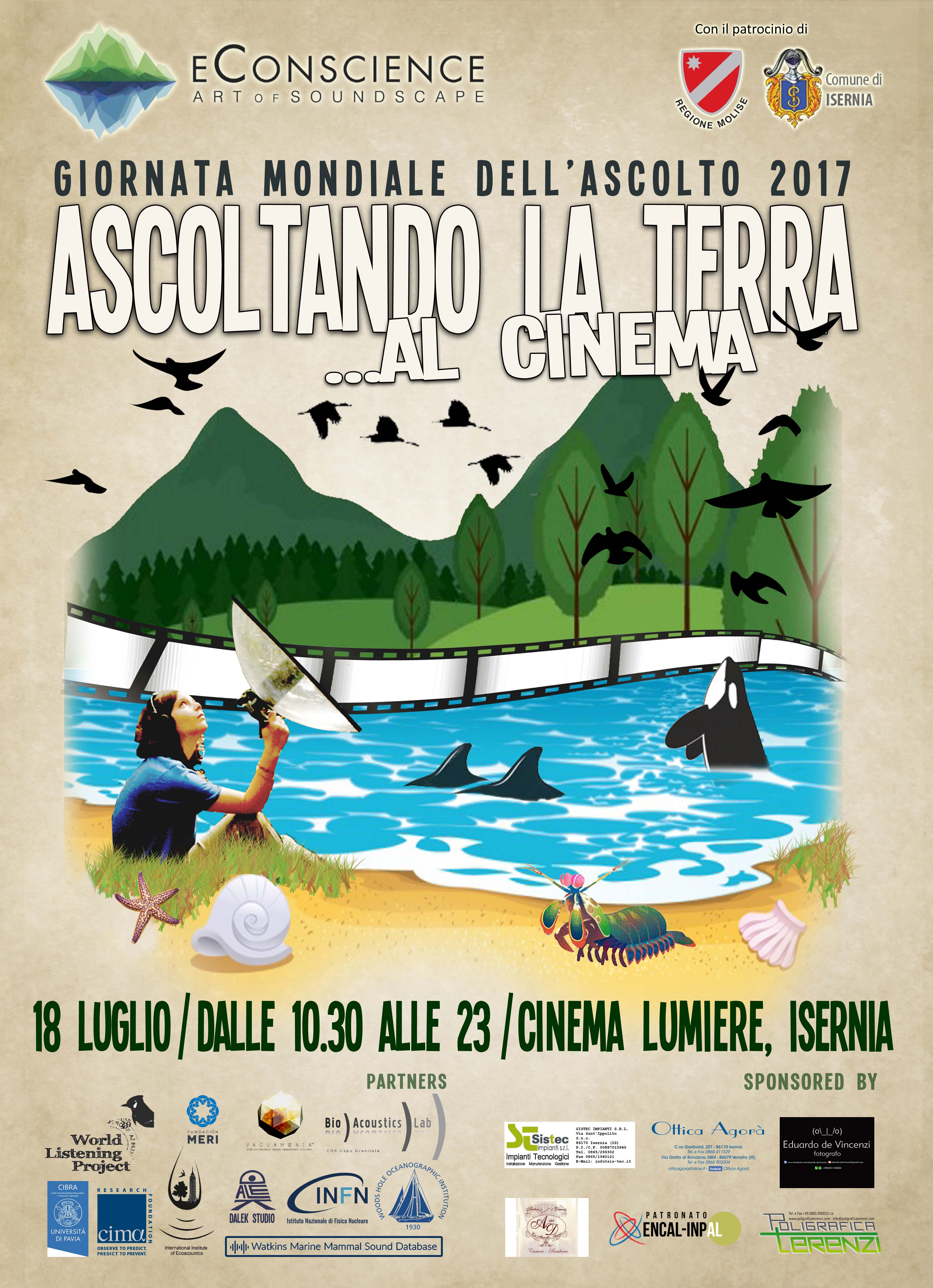 On July 18th, in occasion of the 2017 World Listening Day, the team of eConscience – Art of Soundscape promoted a soundscape listening event in a Cinema in Isernia (central Italy). Soundscapes from marine and terrestrial environments played cyclically, in an “auditory journey” from Polar to Equatorial habitats. During the day, the doors of the cinema remained open freely, with no program or timetables. At the end of the experience, people were asked to fill an anonymous questionnaire. The themes addressed aimed to raise public awareness of the richness and diversity of different marine and terrestrial environments and of the impact of anthropogenic pollution by “listening” to soundscapes.

The event therefore aims at unveiling changes in the acoustical complexity of extremely vulnerable habitats.