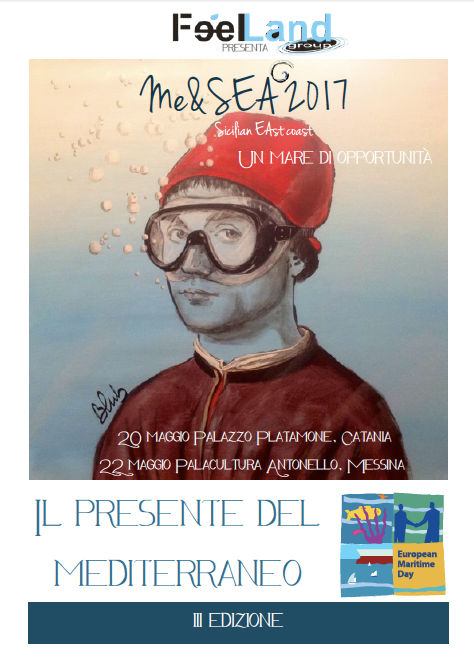 “Me&Sea” is a project promoted by FeelLand no-profit org. for the protection of the marine resource in Sicily and the enhancement of the relationship between the cities of the eastern coast of Sicily and the sea, with a focus on young generations https://www.facebook.com/meandsea/

“Me & Sea 2017” (third edition of the project) has been carried out in the framework of the celebrations for the European Maritime Day.

In 2017, a training course was organized in schools called the Sea Time consisting of monthly meetings where professionals and academics of various disciplines have put their knowledge at the disposal of students. Developing the project in monthly meetings from October to May, the calendar has included eight meetings with Professionals and eight meetings in the lab, with project managers inside and outside the institution.

EConscience participated in the Sea Time, with a series of interventions titled “A sea of ​​sounds” meeting various classes of first and second grade secondary schools in Messina and Catania.

On May 20th, for the European Maritime Day, eConscience has participated in the celebrations taking place at Palazzo Platamone in Catania, with the works of Virginia Sciacca and Ezio Parisi: Echoes from the Sea, Sound, Research and Music and on May 22th, at the Palace of Culture of Messina with “Marine Biodiversity in Music” for the World Day of Biodiversity.